Ed Youtz proposes  interested members consider a proposal to ease the passing along of your tools and workshop items. Don’t let your spouse be left with job of trying to pass on these items.

Tom Buchner announced next demo at Tom’s shop on Oct 13. Liam O’Neal will demonstrate. Sign up with Tom.

Rob Kingham unanimously elected for two year term as president. Thanks to Bill Schlief for a good job over the past two year. A new VP will be appointed by the Board.

Dennis Rozak’s bowl was won by Sean Carson. Sean will present his work for the raffle at the October meeting.

Perpetual turning made by Dennis Rozak and won by Sean Carson 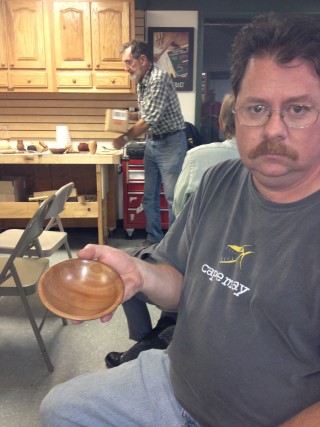