Rob reminds members of National Symposium next month in Tampa.

Mark Gardner will be at Tom Buchner’s shop on May 18. Still openings available.

Jim Brown,treasurer, reminds that dues are due.

Plaque recognizing past presidents should be ready and hanging by next meeting.

Bowl by Sean Carson was won by Rick Bryant.

Sean Carson made the perpetual turning won by Rick Bryant. 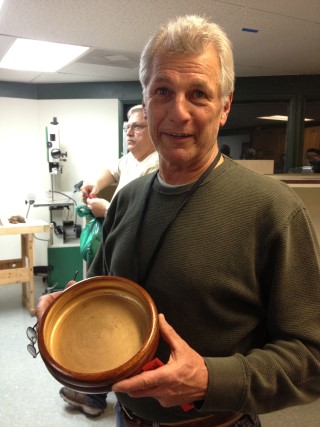