Rick standing in for Rob who is away on skiing trip.

Rick thanked Steve Reppert for moving the site to the new WordPress software and hosting the site for the club at no charge.

Rick also thanked Dave Paine for the new content.  Lots of new articles and links.  Click around the site to see what is new.

This months perpetual turning is a small cherry bowl made by Sean Carson and won by Paul Bader. 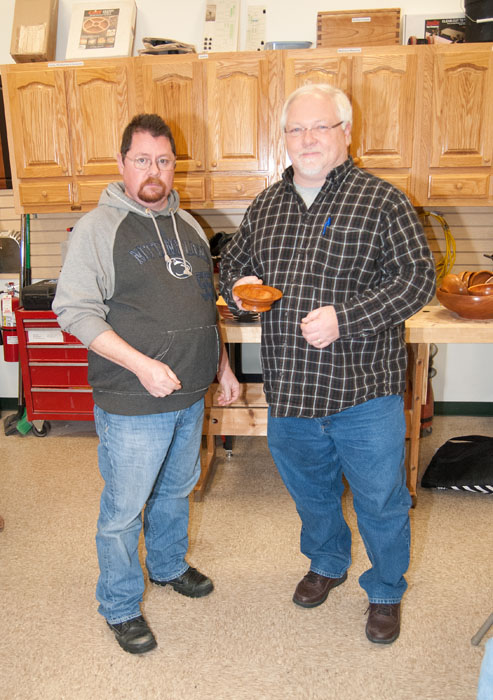 Harry has written detailed instructions with pictures.  See the link in the Projects menu of the  site.

Harry coats the inside of his ornaments with “Rub ‘n Buff” metallic finishes.  Available in many shades.

Harry makes his own eye hooks from copper wire and a pair of safety pliers.  He uses the pliers to twist the copper wire and snap it.  He says snapping provides an end which is less sharp than cutting.  Easier to handle.